Is There Any Good Reason to Stick with Windows XP?

The end-of-support date for Windows XP is April 8. If you're still running XP, then you likely have a strong reason for it. Although, your reason may not be strong enough in light of how big of a security risk XP will be. Let's dismantle three of the most common reasons people are choosing to stick with XP.

#1 We are too Familiar with Windows XP to Upgrade
Some businesses have been using XP for nearly a decade, and because of it, they're very confident about using it. While it's true that new software comes with a bit of a learning curve, it's also true that upgrading to a newer OS like Windows 7 will make for a natural transition that even the most ardent XP user will be able to quickly adapt to. Even the newer and redesigned Windows 8.1 isn't as complicated as it looks. If you're a pro at using Windows XP, then we think you'll be able to handle any newer version of Windows just fine.

#2 We Run Old Software that Only Works on Windows XP
If you're running mission-critical software so old that it only works on Windows XP, then it's high time that you look into something newer. Windows XP is a decade old, and any software that's dependent upon XP likely came out around the same time, or even before, XP was released. If your business is dependent upon software from the 90's, then you owe it to yourself to look into newer solutions. An organization running the latest business applications is able to take advantage of new tools that their competitors may not even know about. Whatever older application your business is dependent upon; know that Macro Systems can find you a newer alternative that can make your business more efficient while improving the security of your network.

#3 Microsoft is Just Looking to Make Some Quick Money
As a definitely-for-profit corporation, Microsoft is looking to make money any way that they can--just like your business. Is the end of support for Windows XP really just a big money grab by Microsoft? We doubt it, what we want to do is warn you about the futility of attempting to "stick it to Microsoft" by refusing to upgrade. At the end of the day, Microsoft will still be the biggest software company in the world, and your business will be hacked.

We've heard many more excuses why users are choosing to stick with Windows XP beyond its end-of-support date on April 8, and while many of these excuses sound good, none of them are good enough to justify running an outdated OS that puts your company's sensitive information at risk. With assistance from Macro Systems, updating your system to a newer OS like Windows 7 or 8.1 can be an easy process. To put your doubts at ease and learn more about what it takes to upgrade your system from Windows XP, give us a call at 703-359-9211. 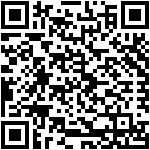