Macro Systems has been serving the Metro Washington, DC area since 1997, providing IT Support such as technical helpdesk support, computer support and consulting to small and medium-sized businesses.
Categories
Tags You may be surprised by some of the security breaches and vulnerabilities out there, including some for apps that you would never suspect, like Windows’ Calculator application. Hackers are always searching for new ways to infect endpoints, and nothing exemplifies this better than this particular threat, one which utilizes the Windows 7 calculator app to launch attacks against Microsoft operating systems.

Some of the Most Used Applications Found in Productivity Suites What kind of productivity suite does your organization use for its day-to-day operations? It doesn’t really matter which industry you classify yourself as or what size your business is; a productivity suite will undoubtedly transform the way your company operates. Listed below is a look at some of the most common applications found in productivity suites and how they can be powerful catalysts to get work done faster and more efficiently.

What is a Note-Taking Application? If you’re the one in your office known for taking detailed notes, then you’ll find no greater productivity tool than a note-taking app. There are numerous options on the market today that can help you make the most of your note-taking experience, as well as the integrations that they offer.

A Closer Look at Desktop-as-a-Service When it comes to your desktop infrastructure, your organization has several different options available to it, one of which is Desktop-as-a-Service. How does this option compare to having a traditional workstation, and why might a small business get value out of Desktop-as-a-Service? Listed below a closer look at what DaaS involves.

What You Need to Know About Log4j, the Most Dangerous Vulnerability in Recent History A vulnerability was recently discovered that is effectively guaranteed to impact all computer users, from private users to businesses. While this situation will take some time to resolve fully, we want to make sure you know everything that needs to be done to protect yourself from Log4j.

A Vulnerability in Microsoft's MSHTML You Need to be Aware of A vulnerability in Microsoft’s MSHTML browser engine has been found and tracked by Kaspersky. It is being exploited all over the world right now. How can you avoid this vulnerability so that it doesn’t affect your business?

Warning Signs that Your Business is Relying Too Much on Technology While we have a lot to say about the advantages of the right IT solutions, even we can acknowledge that there is a point of diminishing returns. Thus, how much technology is too much technology, specifically in terms of the software your team relies on? Listed below are some of the warning signs. If you’re familiar with the combination
Up-Up-Down-Down-Left-Right-Left-Right-B-A-Select-Start, you probably grew up in the 80s. This is because this combination of buttons is the infamous Konami Code, a cheat code that video games (and others, including some websites and software) have continued to reference since it first appeared in 1986.

Listed below the Konami Code’s origins, as well as the various ways it has been used since.

What Your Business Should Know About the Collaboration Platform Discord While it isn’t officially a business solution, the collaboration platform Discord has seen some popularity as a means of facilitating a business’ internal communications. Listed below are some tips to enhance your use of the platform, in case you are part of a company that does so. If you are one of the many small businesses out there that does not have reliable technical support for the numerous devices on your network, it might be hard to imagine a world where your technology gets the maintenance it needs to thrive. Fortunately, you’re not alone. Here are some basic technology maintenance tips that anyone can implement, plus one at the end that we think small businesses, in particular, will benefit from!

How to Find the Right Productivity App for your Business Businesses need to maximize productivity however they can. Some look to software to make this happen. When looking for productivity software, it may seem like you are looking at the same thing over and over again. While we admit that many productivity programs are similar, it’s critical that you acquire the software that will give your organization the tools it needs to succeed. Listed below is a look at how you can find the right productivity apps for your business’ needs. Collaboration is something that no modern business can do without, which is why so many modern applications feature it so heavily. Below is a look at Google Drive and one of its collaborative capabilities that so many businesses are now utilizing: Document Sharing. If you asked most people if they are okay with their personal information being taken and used by businesses, you’d probably get a lot of "No" responses. Ironically, it seems that people will give it right over to social media programs, but you are beginning to see some pushback when using apps. WhatsApp, the messaging app owned by Facebook, known for end-to-end encryption, has told users that they will soon be forced to share their personal data with Facebook. Within Google Workspace is Google Docs, a helpful word processing solution that can be accessed via your web browser. In case you’re new to using Google’s productivity software, we have decided to assemble a short introduction to some of Google Docs’ most useful tools and features.

How to Utilize Google Drive

Trey Cunningham
Macro Systems, LLC Blog IT Blog How To For the business looking for a comprehensive cloud-based content management and collaboration solution, Google Drive is an option that warrants serious consideration. While we don’t want to recommend it over another one of your options, per se, we did want to offer a brief beginner’s guide to putting it to use. That way, any business that does elect to utilize Google Drive and (the associated solutions it comes with) has more information going in.

Three Apps that can Boost Your Team's Collaboration Boosting collaboration is a central theme to many businesses' operational strategies. The more that people can do as a team, the less expensive operations have to be. That is a sound business strategy. Many modern businesses are looking to software to build a successful collaborative situation. Listed below are three such apps that, if utilized properly, will help any business enhance their team’s ability to work together.

Adobe Flash is about to be Retired. Will it Impact Your Business? Once December 31st ushers in 2021, support for the once-popular Adobe Flash Player will officially end. Naturally, it isn’t every day that a 24-year-old software is taken out of commission, so it only makes sense to wonder how much this will impact businesses.

What Has Zoom Done to Enhance Its Security? As a communication tool, the video conferencing app Zoom saw a significant bump in its popularity with both personal and business users as the coronavirus pandemic made other means of meeting no longer viable. Nonetheless, this sudden increase in its user base also revealed some serious security problems with the platform. What has Zoom has done to resolve these problems since then?

How Blockchain Can Enhance Your Business Blockchain is one of the most powerful new technologies, but up until recently, there hasn’t been a lot accomplished in the way of creating viable distributed software titles. In reality, the most practical technology created with blockchain is cryptocurrency. This says quite a bit. Below is a look at blockchain-enhanced software and how it’s only a matter of time until it is a mainstream addition to most businesses.

The Challenges that Arise When IT and OT Work Together Businesses have two different types of technology to contend with: their information technology, and their operational technology. As these categories have become less distinct with the arrival of the Internet of Things and other similar advancements, a couple of new challenges to maintaining security have become apparent. These challenges are listed below, as well as what you need to do to overcome them. 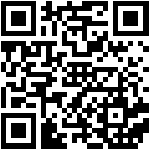