Sometime recently, novelty holidays have popped up for almost anything, many of which just aim to celebrate the things about our lives that make life worth living. Take any random day, like May 12. There are a half-dozen “holidays” that day: National Limerick Day, National Odometer Day, National Nutty Fudge Day, National Fibromyalgia Awareness Day, National Receptionists’ Day, and National Third Shift Workers Day. So, May 12 runs the gamut of human existence.

Technology is no different. There are technology holidays all throughout the year. These include National Technology Day on January 6, Data Privacy Day on January 28, and National Clean Out Your Computer Day on February 8. However, in March there are three technology-inspired “holidays” that we thought were critical enough to point out.

The First Weekend in March — National Day of Unplugging

It may not seem like Macro Systems to tell you to take a step away from your technology, but for years people’s exposure to technology has had people (parents and doctors mostly) concerned about the effects of too much screen time. On a National Day of Unplugging, it is suggested that you limit the amount of time you spend on your technology, just to get away and to get some perspective. Doing this regularly can actually give you a better perspective about how you interact with all the technology that is constantly around you.

The National Day of Unplugging was formed from a project that grew from a Jewish arts and culture nonprofit’s small gatherings for technology-free Shabbat dinners to an international campaign to help slow down our normally fast-paced lives. It has grown to support digital wellness initiatives around the world, growing in scope every year.

At Macro Systems we recognize that part of having a healthy work-life balance is finding a balance between your downtime and your screen time. Try putting your phone away on March 4th and support the National Day of Unplugging.

Being advocates of backing up your data is not selfless, it makes our jobs easier, but that doesn’t mean that it doesn’t come from a good place. Nowadays, we have World Backup Day, which was created in 2011 by Ismail Jadun. He wanted to get the word out about how critical it was for businesses to back up their data. He figured that the day before April Fool’s Day was the best time to spread the word about having a data backup.

Modern data is more valuable than ever and data breaches routinely destroy businesses. Keeping a secure backup can help any business keep operations going after a major data-loss event that can be triggered by about anything: Disasters, system failure, negligence; you name it, it can cause data loss. Having a strong backup and recovery strategy in place will ensure that your business won’t be caught off-guard.

World Backup Day works to promote the implementation of data backup, and should be observed by individuals and businesses, alike.

If you want to celebrate these technology holidays and want to talk about how to make IT work best for your business, give us a call at 703-359-9211. 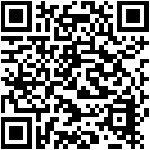